His smile widened. His eyes rolled around in his head. He was going to say something that would ravage her already damaged body.

They were alone in a street she didn't recognize. Good. No one would interfere.

She lunged at him. He fell backwards. She straddled his chest and beat her fist and her frustrations into his face. No one would care what she did to him. He made her relive everything this world represented and everything she couldn't have. Her fists burned. No one would care. People were supposed to care. He wore a wedding ring. He had a wife and maybe children. This world didn't raise people to honor such commitments.

What Mom and Dad had was beautiful. She once wished for something like that. People like him turned that dream to ash. She punched and punched. He stopped moving. Why was she born into such an ugly world? Why couldn't she be selfish like everyone else?

His face caved under her blows. Finally, something bent to her will. Her fist drilled though his skull. Jade’s blood sang. His head became bloody ground beef flecked with hard pieces. She punched concrete. She needed to stop. Her body wouldn't listen. Sharp pain slid up her arms. Stop. Gore splashed into her face. Stop. Her body froze.

What if you were the only one? How strong would you be?

Jade Greer’s parents taught her the old, moral, ways. She still clings to their teachings ten years after their deaths. She's become an outcast. The vulgar world rejects her, abuses her. She has suffered. But, her storm is over. Or, is it? An unusual call leads her to Serin, a prisoner trapped in darkness for twenty years. Saving him leads Jade to a world for beings with power. A world that may hold the acceptance she has never known. A world her parents were once a part of. Jura is dying. Jade and Serin have no homes to go back to. They move forward with hope because they're no longer alone.

Visible Through Darkness Book 1 of The Jura Series 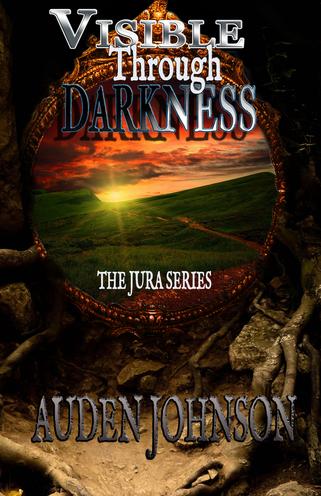